Norwegian Expands U.S. Footprint with the Addition of Nonstop Flights from Las Vegas to Oslo

Norwegian is launching direct service from Las Vegas to Oslo and increasing the frequency of its Los Angeles to Oslo flights for the 2016 winter season.

Norwegian's delivery of its first 787-9 Dreamliner marks its continued commitment to the company’s global expansion, which will ensure that travelers across the world have access to high quality flights at a low fare.

Since pioneering free Wi-Fi in February 2011, more than 19 million passengers have connected to Wi-Fi at 35,000ft, and to mark the occasion we are sharing the results of our first ever study into passengers’ sky high surfing habits.

New routes from the U.S. to the Caribbean and domestic routes in Spain had a positive effect on passenger figures in January. Norwegian carried more than 1.7 million passengers last month, a considerable increase compared to January last year. The load factor was 81.7 percent, up 1.7 percentage points.

Norwegian will significantly increase flights from the United States to one of its biggest European hubs: London Gatwick. The airline announced today that it will connect San Francisco Bay Area and London with thrice-weekly service commencing on May 12, 2016. In May 2016, Norwegian will also increase flights from Los Angeles to London Gatwick by adding a fourth weekly flight on May 10.

Norwegian to launch direct, low-cost service from Boston and New York to Cork, Ireland – the only transatlantic flights to operate to Cork Airport – and service from Cork to Barcelona. 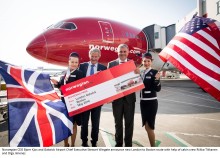 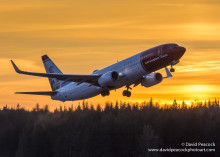 Norwegian, Europe’s Best Low-Cost Airline, Launches Flights from the U.S. to the Caribbean

- Norwegian introduces service from Boston, Baltimore/Washington D.C. and New York City to Guadeloupe Islands and Martinique on December 3, 2015 - Flights available now from $79 one way (a) - Norwegian to offer more routes from JFK than any other non-U.S. airline 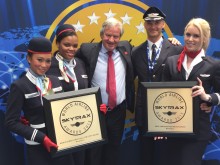 Norwegian was today awarded the world’s Best Low-Cost Long-Haul Airline by the renowned SkyTrax World Airline Awards, the leading international airline rating system classifying airlines by the quality of front-line product and staff service standards as voted on by the traveling public. 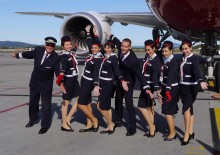 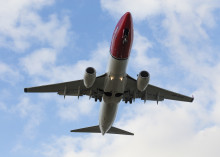 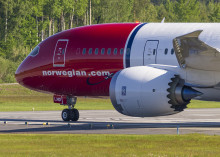 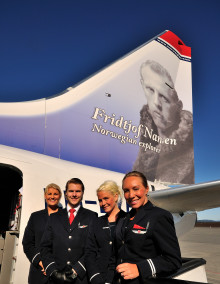