NAI Responds to Former Secretary of Transportation Ray LaHood's Distorted Op-ED
Norwegian Air International’s application to operate to the US has been pending before the US Department of Transportation (DOT) four times longer than the average application by a European carrier since the US-EU Open Skies Agreement took effect.  The approval is long overdue and is being opposed by several large airlines and their powerful labor unions in an attempt to block competition and deny the American people affordable airfares to Europe.

Former Deputy Assistant Secretary of State, John Byerly, who is advising Norwegian, said “former Secretary LaHood’s call for further examination and delay in DOT’s consideration of Norwegian’s application is surprising.  After hundreds of pages of legal filings in the DOT docket, formal discussions in the US-EU Open Skies Agreement Joint Committee, and the over four months that DOT has had to weigh the regulatory record, there simply are no ‘unanswered questions.’”  Norwegian’s opponents know that the application is in full accordance with the US-EU Open Skies accord.

Norwegian Air Shuttle, the third largest low cost carrier in Europe, established a long-haul company, Norwegian Air International, in Ireland for several reasons.  The main reason is access to traffic rights to and from the EU, as Norway is not an EU member state. Norwegian has more than 260 Boeing aircraft on order and the route network will be able to expand from Europe to destinations like Israel, Canada, Africa, and Asia.  Another key reason for choosing Ireland (and not another EU country) is that Ireland has fully adopted the Cape Town Convention, which provides Norwegian with better financing conditions for aircraft purchases.

Some have falsely claimed that Ireland was chosen because it has regulations that allow the use of American or Asian crew.  The truth is that Norwegian is already allowed to use American and Asian crew on flights to the US operated by a Norwegian affiliate, just as other foreign airlines have done for years.  Norwegian’s crew in the US are fully covered by US labor laws, the company’s crew in Norway by Norwegian labor laws, and crew in the UK by UK labor laws, etc. The airline fully complies with European safety standards and its crews are trained according to EU standards and the company’s own additional training programs.  Ireland has direct responsibility for overseeing NAI’s safety compliance and one of the highest ranked civil aviation authorities in the world.

Norwegian has already employed more than 300 American cabin crew members in Fort Lauderdale and New York. Norwegian received almost 5,500 applicants for its 300 cabin crew positions. Of the 300, the vast majority had worked previously for US airlines and chose to join Norwegian for the pay, benefits, and team-spirited environment it offers.

Norwegian Air Shuttle ASA, commercially branded “Norwegian”, is a low-cost airline listed on the Oslo Stock Exchange. Norwegian is the second largest airline in Scandinavia and third largest low cost carrier in Europe. More than 20 million passengers fly on its network per year. Norwegian has a route portfolio that stretches across Europe into North Africa and the Middle East, as well as long-haul flights to the US and Southeast Asia. The company has a total of 416 routes to 126 destinations and employs approximately 4,500 people in Norway, Sweden, Denmark, Finland, Estonia, UK, Spain and Thailand. The company has 258 undelivered aircraft on firm order. Norwegian was founded in 1993 and its headquarter is in Fornebu, Norway. In 2013, Norwegian was voted Europe’s best low-cost carrier of the year by the renowned SkyTrax World Airline Awards. Norwegian offers better leg room than most competitors, in-flight WiFi, world-class punctuality and a fleet of 95 aircraft with an average age of only 4.8 years. 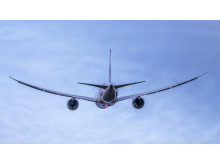