On Wednesday evening, the first non-stop flight between San Francisco and Oslo, Norway, took off from Oakland International Airport (OAK) in California. This is the first ever direct route between California and the capital of Norway.

”Our direct flights from San Francisco to both Oslo and Stockholm have been very well received by the traveling public. We believe that Americans also deserve affordable fares across the Atlantic. That’s why we have made it possible for passengers to enjoy high quality flights at low fares between the U.S. and Europe,” said Norwegian’s CEO Bjørn Kjos.


Norwegian’s presence in the U.S.
In 2013, Norwegian commenced its long-haul operation by being the only low-cost carrier to offer flights between the U.S. and Europe. Norwegian will have a fleet of 14 Dreamliners, whereof six are currently in service. The company is planning to expand its long-haul fleet with even more 787 Dreamliners.

Creating jobs in the U.S.
Norwegian Air continues to expand internationally and is currently recruiting pilots for its crew base at New York’s JFK airport. The company is recruiting captains and first officers to operate the state-of-the art Boeing 787 Dreamliner.Last year, Norwegian began recruiting U.S. cabin crew to its Fort Lauderdale and JFK bases, and so far the response has been outstanding. The airline has received more than 6,000 applications for a total of 300 positions to be filled in 2014.

Norwegian's other destinations from the U.S.: 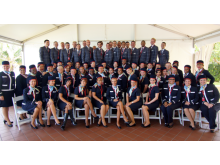 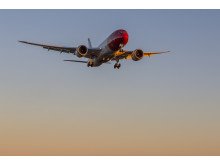 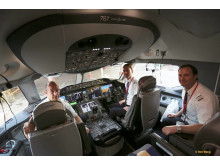