OSLO, NORWAY (DECEMBER 16th, 2019) - Norwegian, the World’s Best Low-Cost Long-Haul Airline, is launching a new sustainability project with its partner, UNICEF Norway, to help children in need around the world while providing employment for immigrant women and reducing the company’s environmental impact. The pilot program, Still Travelling with Norwegian, is upcycling the company’s phased out uniforms into a collection of products to be sold onboard selected flights to help fight against textile waste.

Unique and Handmade Products
“Now that we are replacing some of our uniforms, it’s important that we look into sustainable ways to reuse the materials. We have partnered with a social enterprise based in Norway called Sisters in Business, which creates jobs for immigrant women through local textile production,” said Cecilie Nybø Carlsen, Norwegian’s VP Product Manager.

The project will kick off with two items that have been made from Norwegian’s long-haul uniforms: A classy, chequered toiletry bag and a beautiful silk bag; both unique and handmade products. All the profit from the sale of these products will go towards supporting UNICEF’s work for children. 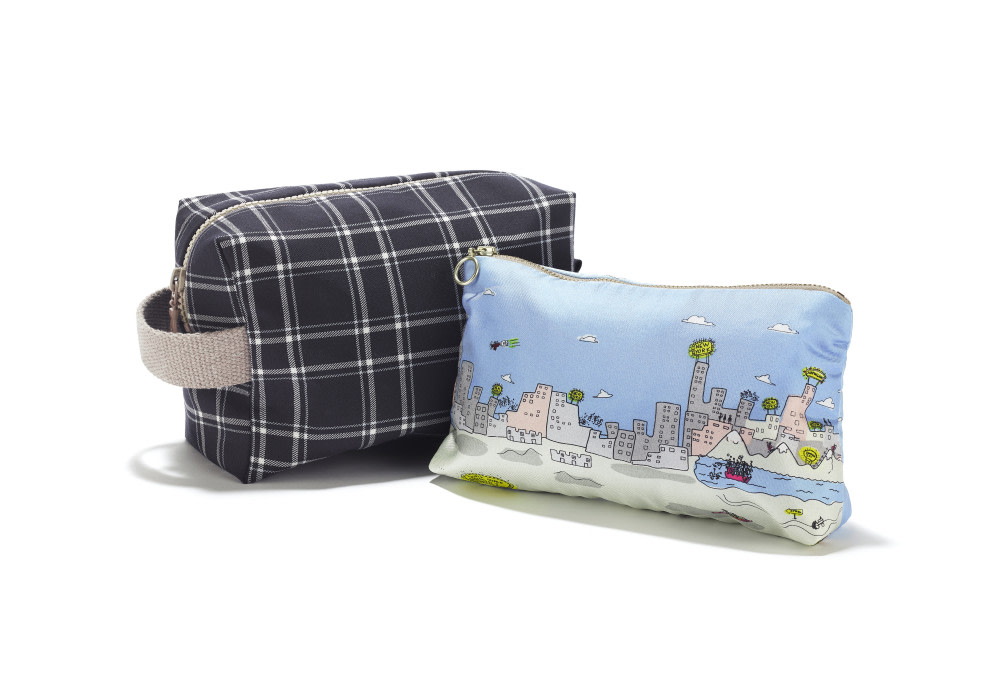 A Crucial Fight Against Textile Waste
“If the project is a success, we can save thousands of items from being wasted. We all have a responsibility to find solutions that minimize the environmental impact from our textile use,” said Norwegian’s Head of Sustainability, Anders Fagernæs.

“With this project, Norwegian, UNICEF and Sisters in Business are helping to provide a sustainable solution to these problems – and by buying these products onboard, passengers will also be doing something positive for the environment, as well as helping children in need and contributing to job creation,” Fagernæs continues.

Supporting Several UN Sustainable Development Goals
“This project is really exciting,” said Camilla Viken, Secretary General of UNICEF Norway. “Yes, it will support UNICEF’s work around the world. And it will also support many of the UN’s Sustainable Development Goals; Fighting poverty, responsible consumption and production, gender equality, collaboration and climate change, of which all of them affect children,” she continued.

Sisters in Business founder Sandra Tollefsen explains that getting involved with projects like this helps immigrant women, who can “feel invisible” without a job, to play a positive role in society. “It’s a transformation in these women’s lives – to have self-respect for themselves and for their families,” said Tollefsen. “They have friends here, they are not lonely anymore, they feel independent. It’s much, much more than a job.”

About Norwegian
Norwegian is the world’s fifth largest low-cost airline and carried over 37 million passengers in 2018. The airline operates more than 500 routes to over 150 destinations in Europe, North Africa, Middle East, Thailand, North and South America. Norwegian has a fleet of more than 162 aircraft, with an average age of 3.8 years, making it one of the world’s youngest and most fuel-efficient fleets.

Norwegian has been named the Most Fuel-Efficient Airline on Transatlantic Routes by the International Council on Clean Transportation (ICCT) twice. Norwegian has been voted ‘Europe’s Best Low-Cost Airline’ by passengers for six consecutive years at the SkyTrax World Airline Awards 2013-2019, along with being named the ‘World’s Best Low-Cost Long-Haul Airline’ for the past five years. Norwegian employs more than 11,000 people worldwide.