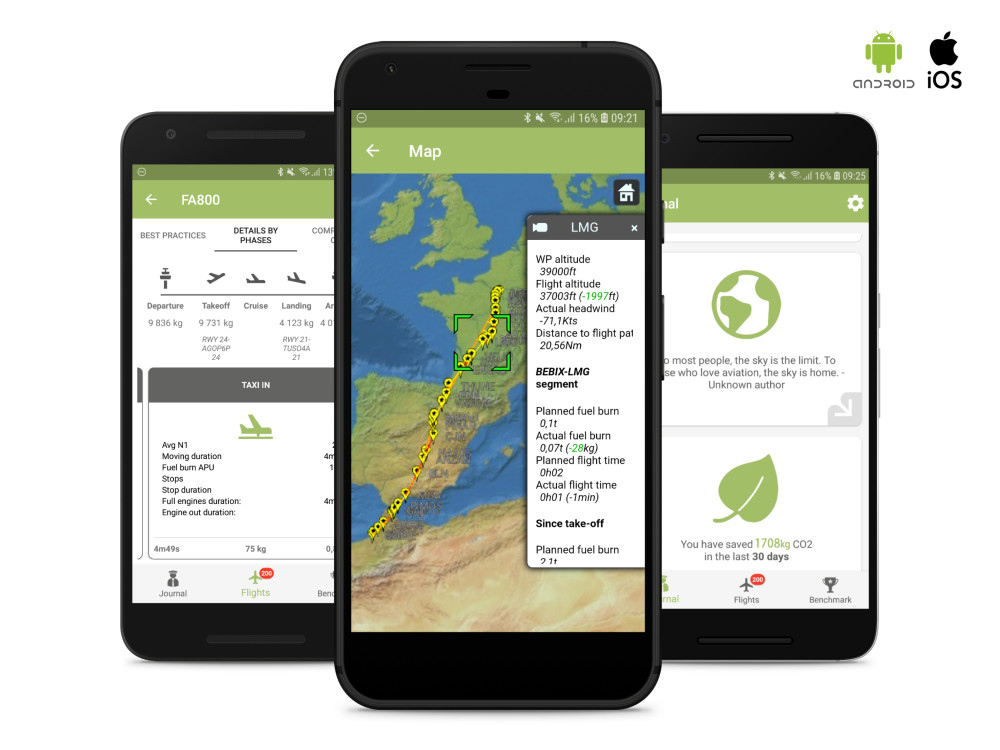 “At Norwegian, we’re continuously working to find new tools to reduce both CO2 emissions and fuel consumption. With the SkyBreathe app, we receive large amounts of data for each flight and this data provides relevant information about how we can fly smarter and even more efficiently,” said Stig Patey, Manager Fuel Saving at Norwegian.

After six months of testing with Norwegian Air pilots, the app proved to be effective with a potential to save large amounts of fuel per year. For example, by turning off one of the engines when taxiing to gate, 20 kilos of fuel can be saved on each flight. Other examples are so called Green Approaches* and using the brakes instead of engine reverse thrust when slowing the aircraft after landing can help reduce fuel usage. SkyBreathe enables Norwegian to save up to 3,700 tons of fuel and reduce CO2 emission by 11,600 tons per month or 140,000 tons of CO2 emissions per year.

Norwegian has been named the Most Fuel-Efficient Airline on Transatlantic Routes by the International Council on Clean Transportation (ICCT) twice. Additionally, since 2008, the airline has reduced carbon emissions by 30 percent utilizing new technology and operating a young fleet.

*Green Approaches (Continuous Descent Approaches (CDAs)) reduce both CO2 emissions and noise during the final phase of the flight.

About Norwegian
Norwegian is the world’s fifth largest low-cost airline and carried over 37 million passengers in 2018. The airline operates more than 500 routes to over 150 destinations in Europe, North Africa, Middle East, Thailand, North and South America. Norwegian has a fleet of more than 162 aircraft, with an average age of 3.8 years, making it one of the world’s youngest and “greenest” fleets.

Norwegian has been named the Most Fuel-Efficient Airline on Transatlantic Routes by the International Council on Clean Transportation (ICCT) twice. Norwegian has been voted ‘Europe’s Best Low-Cost Airline’ by passengers for six consecutive years at the SkyTrax World Airline Awards 2013-2019, along with being named the ‘World’s Best Low-Cost Long-Haul’ Airline’ for the past five years. Norwegian employs more than 11,000 people worldwide.