“My fellow cabin crew and I could not be more pleased to have joined the Norwegian family and share in bringing its vision for creating new point-to-point transatlantic service options for the travelling public,” said Bill Hennessey, a member of the Norwegian Air International cabin crew with more than 24 years’ experience.

The letters reflect great support of Norwegian Air international's new employees for the training program, benefits and compensation the airline offers, in addition to the opportunity to work in state-of-the-art Boeing 787 aircraft.

This flight attendant activity comes on the heels of more than 5,500 Americans are competing for 300 jobs as cabin crew on Norwegian's routes between the U.S. and Europe and Asia.

Norwegian Air International's crew operations is expected to generate about 300 crew jobs across the U.S. this year alone, with expansion plans throughout the U.S. in the years to come.

Excerpts from letters below

On behalf of my fellow U.S.-based crew, I am writing as Cabin Crew Member for Norwegian in support of Norwegian Air International’s (NAI) foreign air carrier permit application currently pending before the Department of Transportation.

We are among a growing cadre of Americans working for Norwegian and are anxiously awaiting the launch of NAI’s transatlantic service this summer. We currently have crews based in New York and Fort Lauderdale, and more colleagues will be joining our ranks to fly out of Los Angeles, Oakland, and Orlando.

The enthusiasm in our industry for these jobs is significant. To date, more than 5,500 Americans have applied for the 300 current cabin crew posts the airline is seeking to fill in the United States. Most of us have experience working for other major airlines. We have found Norwegian's training program, compensation and benefits package to be of the highest quality and market competitive. Our work environment is positive, cooperative and energetic. We appreciate the opportunity to work in the state-of-the-art Boeing 787 aircraft with its many outstanding features, making the overall flying experience extremely pleasant for both customers and crew.

My fellow U.S. cabin crew and I could not be more pleased to have joined the Norwegian family and share in bringing its vision for creating innovative new point-to- point transatlantic service options for the travelling public. We are proof positive of the benefits these new operations. We urge the U.S. Department of Transportation to swiftly approve NAI's foreign air carrier permit application. 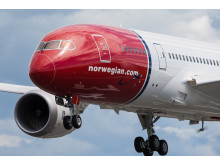 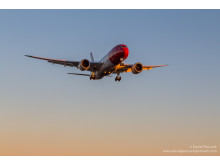 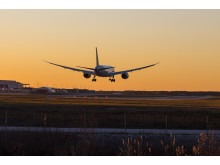 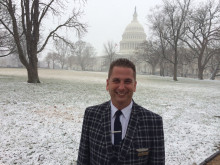